here are some principles and theories on the fundamentals of photography. accumulated and concise for reference

light & vision
light is invisible. most of what the human eye see can be traced to certain energy sources, through reflected, refraction, and diffraction. Light is a form of energy and matter, made of particles called photons, travels in waves (light waves) and a straight line, and is affected by gravity. It's wave length is from .000000001 millimeter to 10,000,000.00 millimeters, the human eye only sees between .000040 to .000635 millimeters. The photographic process can capture from .000000001 to .002 millimeter. X-rays, gamma rays, ultraviolet, visible light, infrared, radio waves.

the human eye is an image capturing device much like the camera. pupil / aperture, iris / diaphragm, lens, retina / film or CCD.


the lens of the human eye is composed of numerous fibers, encased in a clear, elastic membrane and changes shape to focus. 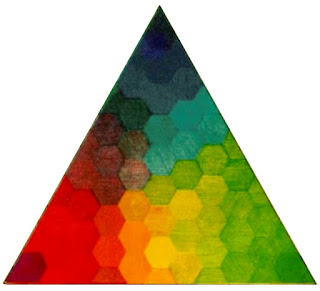 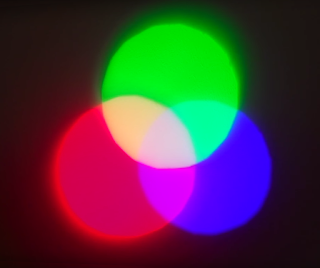 
exposure
calculating the exposure timing is crucial, since alot of the lenses and formats are unorthodox and so varied, a generalised method would be to use the exposure value chart as a guide. however more test needed with the assortment of lenses. 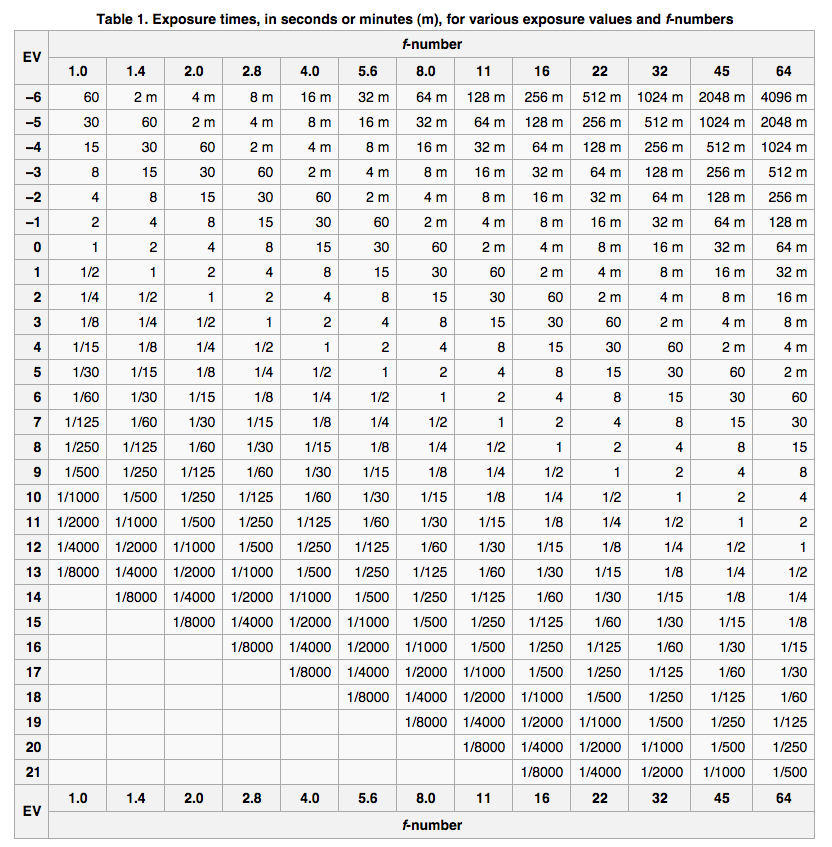 Chlorargyrite
Luna cornea, or horn silver (Chlorargyrite), from the mines of Freiberg; a vitreous, dully shining silver ore / chloride of silver, blackens when exposed to light, first observed by the alchemist Fabricius in 1556– The Story of Photography, Alfred T. Story, 1898


printing & chemicals
photo printing
the basis of all 'modern'  photo printing is based on the silver-halide solution/ emulsion which is light sensitive. ISO numbering is the amount/size of the silver grain coated on a substrate. This emulsion is usually coated on paper but also can be applied to most surfaces. 3 main emulsion types are bromides, chlorides & fluorides. all of which contain the silver-halides that through a chemical reaction will convert to visible metallic silver grains. (explain bromides, chlorides tonal)

photo chemicals
there are 2 main chemicals that in contact with silver halides will convert it to visible metallic silver grain. through the first alkaline solution known as Developer. Developing the silver-halides, the next chemical solution stops this chemical reaction. It is acidic, neutralising the alkaline and dissolving any unexposed/ undeveloped silver-halide to silver thiosulphate.


focal & focusing
focal is the process of the projected image, utilising a medium to direct, bend, refract light rays. the medium which can be a pinhole, which only omits a tiny light ray, or a lens which focuses light rays. Lenses are classified either positive/ convex; bends light rays together, negative/ concave; spreads light wave apart. the lens bends/ refract light rays to a focal plane which is a vertical surface of all focal points (focal point is the point of convergence from light rays). (reword last sentence) 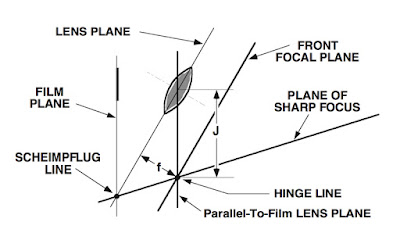 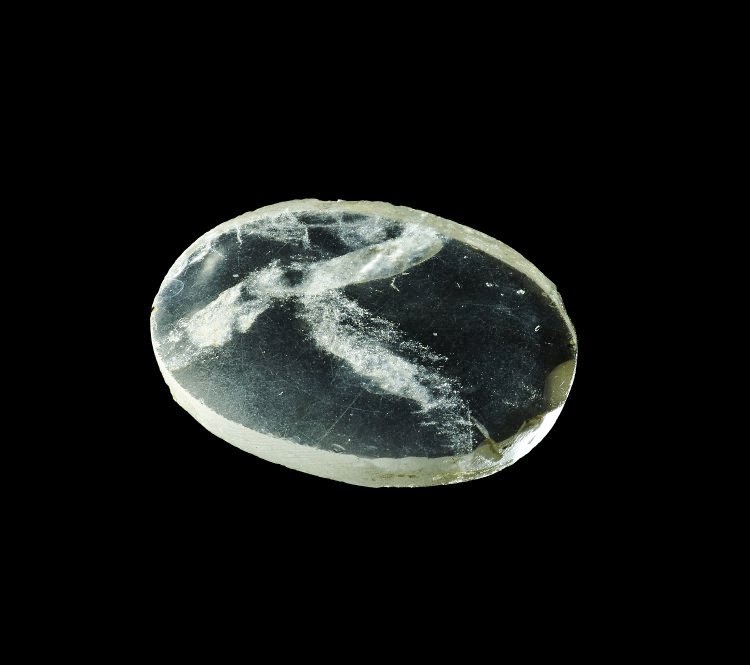 <image taken from britishmuseum.org> Oval rock-crystal inlay: ground and polished, with one plane and one slightly convex face. It has been regarded as an optical lens but would have been of little or no practical use.

<excerpts from wikipedia> The Nimrud lens or Layard lens is a 3000-year old piece of rock crystal, which was unearthed by Austen Henry Layard at the Assyrian palace of Nimrud, in modern-day Iraq.[3][4] It may have been used as a magnifying glass, or as a burning-glass to start fires by concentrating sunlight, or it may have been a piece of decorative inlay. 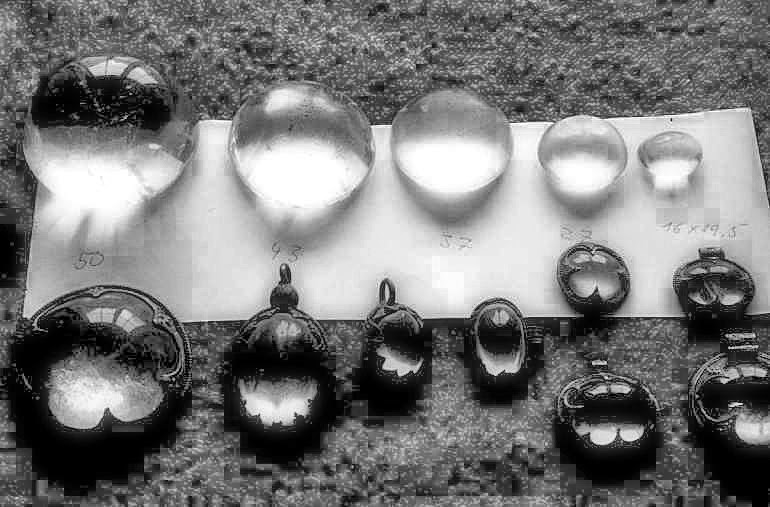 <image & excerpts from kleinesdorfinschleswigholstein.de>
The Visby lenses; The aspheric design of the lens is really unusual considering that this lens has been manufactured roughly 1000 years ago. In that era scientists only started to explore the laws of light refraction.

The lens is part of a treasure laid down on Gotland in the end of the viking era, i.e. in the 11th or 12th century. There are hints that they might have been manufactured in Byzanz or in the region around Eastern Europe. There are a few other findings containing lenses of similar shape and size on Gotland. Some of them can be seen at Gotlands Fornsal, the historical museum in Visby.

<excerpts taken from article>
The lens in the Museum’s collection is a specimen of the earliest panoramic wide-angle lens ever produced, patented by Sutton on the 28th September, 1859. It consists of two glass hemispheres in brass mounts, 80 mm in diameter. At the centre is a hollow cavity, 36 mm in diameter, which would have been filled with water. Very few such lenses have survived.

The London camera maker, Frederick Cox, began the manufacture of Sutton’s lens and a camera for use with it in January 1860. By November Cox was advertising the camera as being available in four sizes, of which the most expensive, using curved photographic plates of 6 × 15 inches, cost £26. However, the manufacture of the water-filled lenses gave Cox many difficulties and he sold very few cameras, perhaps not more than half a dozen.

The panoramic camera in the Museum’s collection is signed ‘Sutton’s Patent Panoramic Lens, made by T. ROSS, London. N1 234′. Apart from its curved back, with curved focusing screen, plate holder and glass plate, it is essentially just a conventional mahogany box camera, 250 × 270 × 210 mm in size. This was the smallest in Ross’s range and sold for £22.

The lens is fitted with a central stop of f12 and the shutter is of a very simple construction, consisting of a mahogany flap that hinges in front of the lens. Focusing is by means of a screw situated at the back, and there are spirit levels to ensure that the camera is horizontal. The kit supplied by Ross included a tripod and carrying case, curved sensitizing baths and twelve glass plates. Panoramic prints on paper were made from the glass negatives by using a curved printing frame. 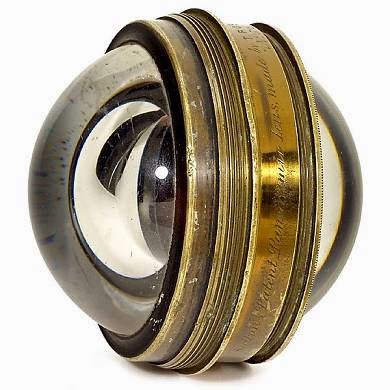 Sutton's Patent Panoramic Water Lens, 1859 Made by Thomas Ross, London. Serial number: 52! Aperture 1:12 and 120° coverage. Clean glass surfaces. Sutton's water-filled lens has been patented in England 28th Sept. 1859 (patent no. 2193). Two lenses with extremely concentric curvatures enclose a hollow space which had been filled with crystal clear water. "Sutton's idea was not only carefully manufactured but even perfected by practical enhancements by the optician Thomas Ross, London." Quoted from Eder, "Die Photographischen Objektive", Halle 1911, p. 98. - The rarest lens in the history of optics.

<excerpts from the article>
Light rays from the bulb or candle bend when they enter the water-filled sphere, and bend again when they leave the sphere, as shown in the diagram below. The only light rays that don't bend are the ones that enter the sphere at a straight-on, 90-degree angle - that is, the ones that pass through the center of the bowl. The sphere acts just like a lens, focusing the light that passes through into an image on the other side. The image must lie on a straight line from the object through the center of the lens. Every lens has a focal point, which is a spot where light rays from far away converge after passing through the lens. The distance from the center of the lens to the focal point is called the focal length. Measure the focal length of your lens by finding a bright light source that's more than 30 feet (9 m) away. Using the white card, find the distance from the lens to the image. This is the focal length.

The water sphere lens is thus a magnifying glass. The image you see may be fuzzy and distorted, but should be recognizable. It also may show color distortion. The fuzziness is due to spherical aberration, and the colors are due to chromatic aberration. 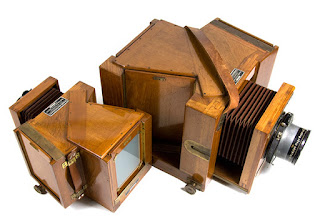 Naturfarbenkamera translates to natural color camera in English.  The one-shot Bermpohl was in its day, considered to be one of the finest color cameras available.  The Bermpohl is a color separation camera, often simply called a color camera.  Briefly, the reason why a variety of color separation cameras were invented and used, was that until the 1950s, there wasn't a commercially viable alternative method of producing high quality color photographs for reproduction in printed media or for exhibition.  The color separation camera played its part in the process but didn't in itself produce a color image.  The negatives it created were further manipulated by any one of a variety of assembly methods, either photographic or photo-mechanical, to produce the final color print.

Color separation cameras record three images of a subject on three separate black and white plates or films.  One photograph is made through a red colored filter, another through a green filter and the third through blue.  The three photographs are processed as normal black and white images which in fact they are, however, each has only recorded one-third of the spectrum, so they don't look like full-scale black and white negatives.  The negatives were used to make high quality color prints via a variety of photographic methods including Trichrome Carbro, Eastman Wash-Off Relief, Defender Chromatone, Kodak Dye Transfer and Curtis Orthotone and Permatone.  For publication purposes, mechanical printing processes were used.  To this day Trichrome Carbro is reputed to have produced the finest and most permanent color prints of any photographic process, be it subtractive assembly, modern chromogenic or inkjet.