"it's just a thing" small art market at Kg. Attap organised by chitoo. 29 & 30 April weekend. debuting a working prototype of the latest build. #6 Sphere Camera #spherecam a.k.a Gantua, pushing the concept of a camera, using a landscape lighting ball filled with water as a lens. A scaled up concept Spherical Aqua Lens after prototype #3 Bulb.

Fundraising for the next phase of project, traveling to East Malaysia #KantaBorneo #KantaBoxKamra at "It's Just a Thing" art gather/ market, come 29 & 30 April weekend

Prototype #1 Interchange, featuring interchange-able lens, smallest & most versatile, box kamra built. This mobile camera has been into the far jungles of Northern Belum, Central Pahang, Southern Endau Rompin, overseas to river mangroves of Sabah, to halfway round the world São Paulo, on land (car, bus, bicycle), on boat and in the air. (need to change the outer shell steel can and make some upgrades, but still going strong).

Prototype #5 Element Camera #elecamm the biggest camera format I've built. still going through it's trial run. Featuring a thrash bag as it's bellows, this build still holds true to the philosophy of using found and used materials & parts as it's make up while trying to be versatile and adaptive (although more specialised parts are used). It features some camera parts that are over a century old and using only the basic elements to projecting an image. It takes at a 10x12" format, vertical/ horizontal, a different build concept from the box series, this is the new range of cameras that #instudio25/build will be exploring with. Still processing instantly on-site, via a darktent, this camera will probably be making its trip to East Malaysia as a Mobile Studio Setup. (although not as mobile).

Debuting Prototype #6 Sphere Camera #spherecamm/ Gantua. The entire series of the new builds were based on this camera concept, utilising a Spherical Aqua Lens (much like prototype #3 Bulb). Made possible with the kind donation of the surveyor's tripod, aptly called 'Julia Stand' after the 'patron Nurzuliana Abd Aziz' and a few more edition and assistance, Magic Arm on loan from Helios Loo, making of the rear element frame with tools & guidance from Gan Siong King, "buy/token" of rear element window from Kb Wong/ @hsien from @Arcadia, and gift of wooden plate holder from K Azril Ismail. this 'camera' features a 6.5x8.5" format, which is a strange size, vertical only. Will be attempting portraits selectively through demonstrations only.

Making of a new build #6 Gantua. Although nothing new, this concept camera is based on prototype #3 Bulb, or the use of a Spherical Aqua Lens, one of the first patented lenses, and an interesting approach to using water in a bowl to refract light.

The major component of this build was actually the initial trigger/ inspiration to the new range of large format build concept. More updates soon

Drama of the Light meter 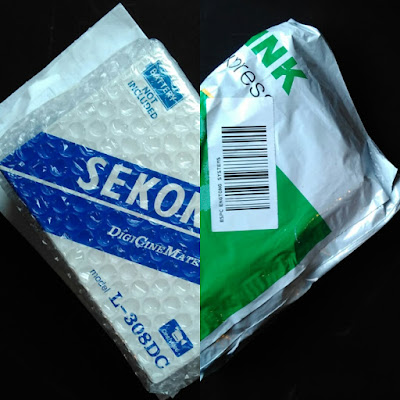 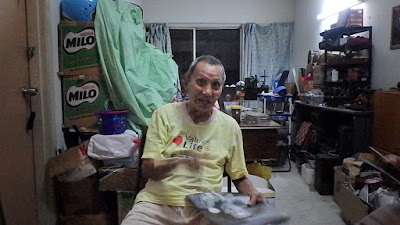 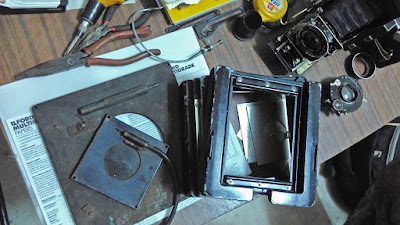 a short stint with a new market, in dog central part of town. First ever dog portrait. broke my light meter here.

#KantaBoxKamra Nic & Emma's last do in KL, had to take their portraits with the camera. always supportive of the project. was unable to ever get an exhibition up when they were here. Thanks for a great night ;) (pic from @d.t6n #pinjampic)

Portrait of my Master Chan, with #elecamm, thrash bag camera. Slowly sinking in, the idea of my build, for my master. He has warmed up to it and my quirkiness. #ChanSifu a camera rebuilder, photography guru, and a close friend #kantaboxkamra #instudio25 #adaptreuse #instudio25build