Camera familia. Cameras I've built and refitted over the years. 2019

• any special features to your camera? I’m not sure if they’re special, I’ve not followed the traditional design but understood the fundamentals of getting focus, making exposure, reproduction & printing. The Kamra was large, heavy, had a complex focusing & loading mechanism, with too many openings but it was most revolutionary in the simplistic medium, combining the craft of darkroom printing into the camera.

I wanted to overcome some of the built issues and strived to develop a light, mobile, self-contained, with secured focusing, paper loading, single opening, changeable lens, and using found and waste materials. I develop ways of reproduction, turning the camera into a projector / enlarger, and from visiting an exhibition of Brasil's Lambe-Lambe, developed new techniques in reproduction.

I think the biggest feature in my build are the focusing & loading mechanism, which is of a monorail design with rear tilt movements. I've got a working-camera weight down to 2.1kg (without tripod). Fully loaded as a backpack with 120 sheets of 3x5" paper and enough chemicals, lighting, flash light, several lenses with tripod, it weigh in just under 10kg.

The new range of cameras I'm developing will have multi-roles with detachable sections for portability and with the ability to be handheld, using waste industrial materials found with indigenous communities and rural plantations. I will utilise rural building techniques with found materials, make it durable, waterproof, washable and easy to build using simple tools. @ Brickfields 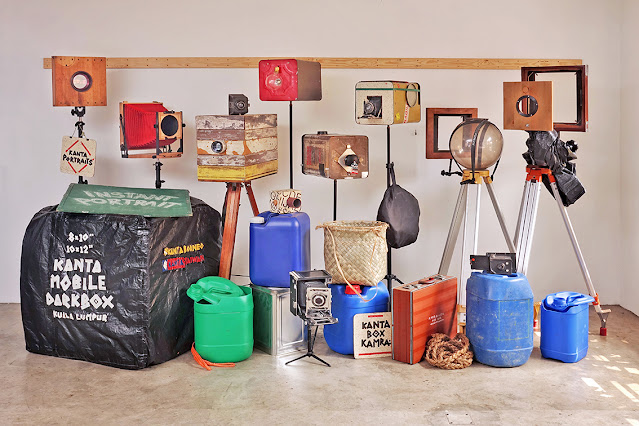 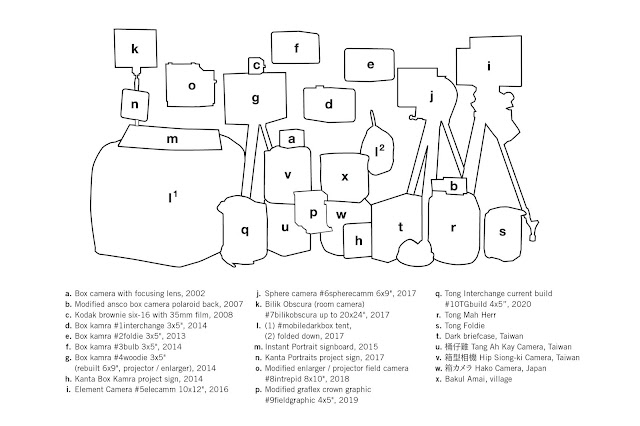 KantaPortraits featured in a new book! @boxcameranow all about box camera photographers of the world. Get the book online. more info to follow

54 photographers from 21 countries. thank you to the efforts of @lukas.birk of @fraglich.publishing.

I feel there are already another 50 box camera practitioners in the world to make up another book. Well done and thank you for the opportunity!  #BoxCameraNow #KantaPortraits #KantaBoxKamra  @ Kuala Lumpur, Malaysia 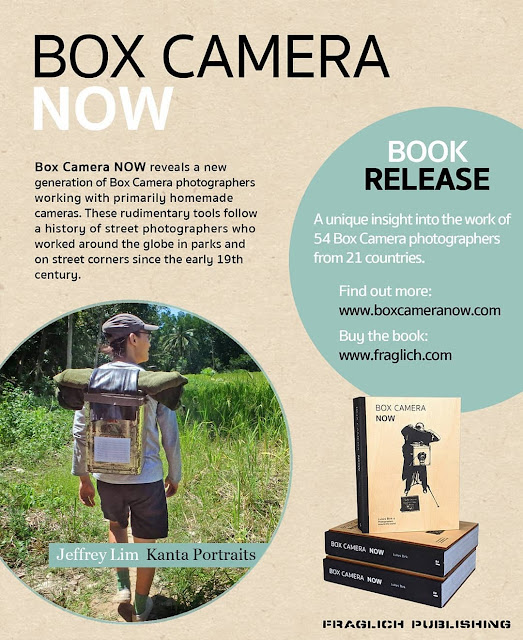 Box Camera NOW offers a unique insight into a new generation of Box Camera photographers working on the street and studios with primarily homemade cameras. These rudimentary tools follow a history of street photographers who worked around the globe in parks and on street corners, creating cheap memorabilia and first-time photographic experiences for the masses.
These Box Cameras have many names in different languages Afghan Box Camera, Street Box, Camera Minuteros, Lambe Lambe, Cuban Polaroid, Instant Box, Minuite Camera, Kamra-e-faoree, Ruh Khitch, Foto Agüita, (Kanta Box Kamra)
The concept is always the same: The camera, mostly home made, is used as an instant camera on the street or in parks to take pictures of clients passing bye. The box is camera and dark room at the same time and uses photographic paper as negative and positive.
The photographic history books have largely forgotten these type of photographers as it was the image of the poor and often considered as “cheap” photography by studio owners. Likely by historians as the cameras are individually made and do not follow any form of consecutive construction.
Box Camera NOW encompasses 54 photographers from 21 countries around the globe. Each photographer with is own style and adaptation of Box Camera photography. Each one with his own unique ability to turn light and sensitive paper into a memorable object.
Get it at @fraglich.publishing @boxcameranow #KantaBoxKamra #KantaPortraits  @ Austria, Europe